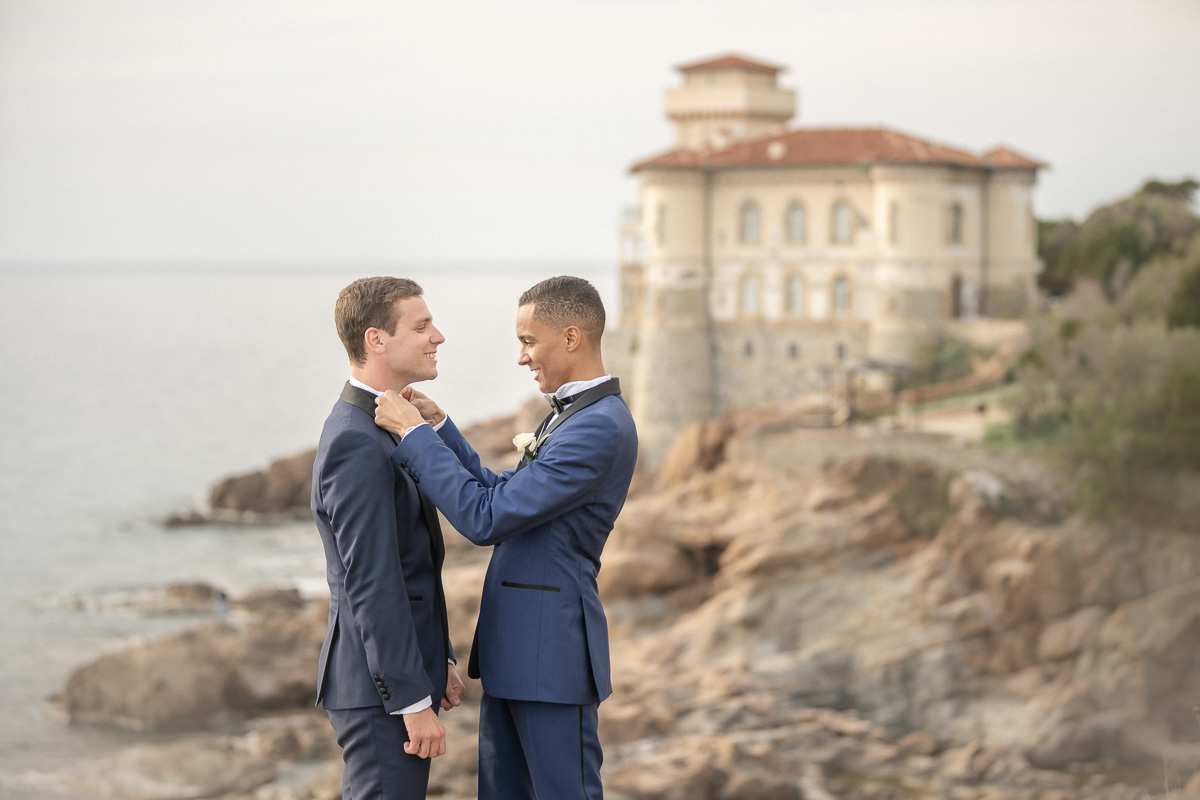 Posted at 11:39h in Livorno, Tuscany, Weddings by Collephoto

With the Law 20th May 2016, n°76 known ad “Cirinnà Law”, our Country opened at the Civil Unions or, as I like to call them, same sex weddings.
This Law allowed an opening to international clients and to incoming weddings, such as the wedding I’m going to tell you about. But, this Law declared a very important concept: love doesn’t know any difference of sex, race and distance. Every love has its own importance.

Love is the same for everyone.

Emilien and Anthony are two young French doctors who chose Italy to crown their love dream. In particular, they decided to get married in Tuscany, at Villa Parisi.
They met in the hospital and took their lives in each other’s hands. Thay are two kind souls, two smart and chic guys.

I think you can see this thing by the way they are in front of the camera.
A wedding on the beach in a hot April afternoon. The ceremony was celebrated on the terrace of the Villa, while the photography service was taken in one of the most famous Tuscany locations: The Boccale Castle.