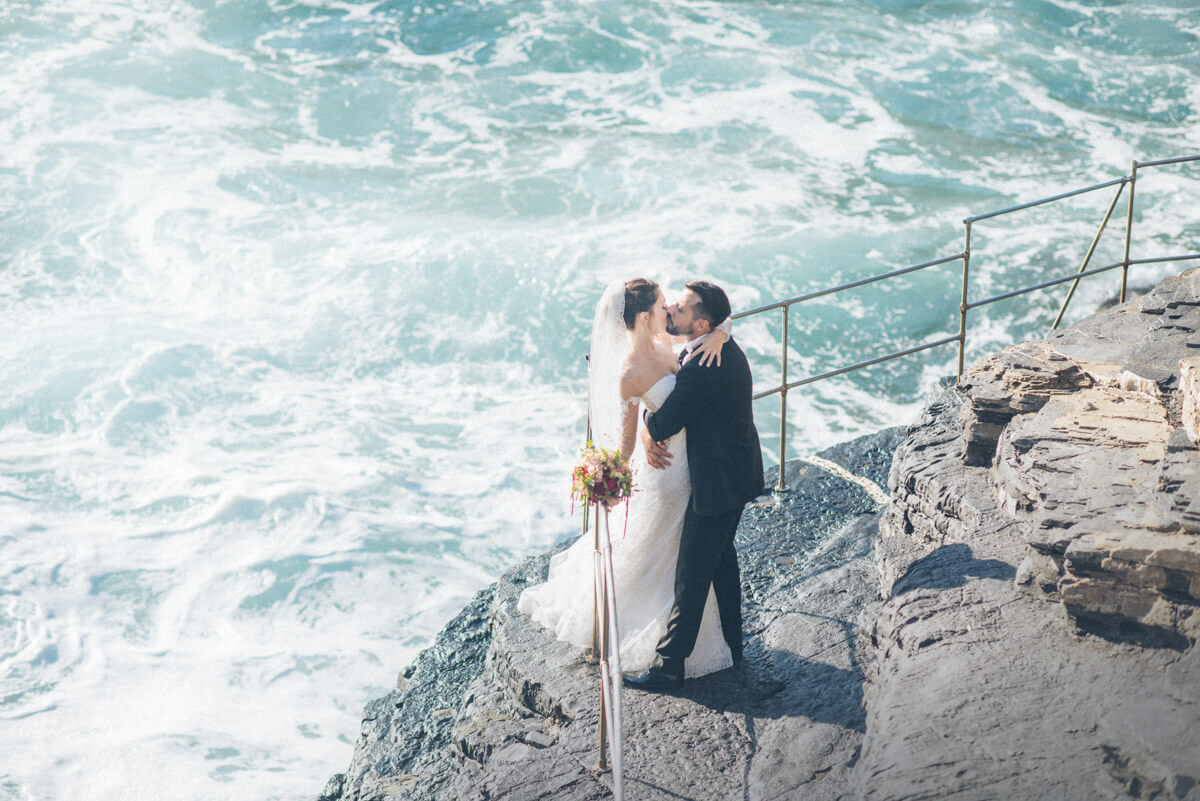 Posted at 15:44h in La Spezia, Liguria, Weddings by admin

I know Chiara and Simone from several years and when they entered in my studio telling me they got married I thought they would never organize an ordinary wedding.

We did a couple of calls and David Morelli of Festile immediately arrived, he’s a wedding planner well-known for his creativity and his extraordinarry exhibitions.

With an isle and a creative mind, the Ligurian gulf becomes Neverland with Peter Pan and Captain Hook. When they told me, I thought that maybe we went a bit so far; but seeing the result, I think it’s one of the most interesting weddings of this year.

Chiara got ready in the Grand Hotel Portovenere, helped by lot of friends and by Cristina of Mides Parrucchieri who cured the hair.

Th ceremony was in the San Pietro church in Portovenere, where the thousand-years-old walls saw a little accident with the floral decorations which fell down, on the bride.

My reflex speed allows me to catch this moment that brought me a very important prize in an American contest.

To descrive the show of a wedding in the Palmaria fortress, I prefer stop with the words and let the images speak.

When you take to the field to realize a service like that, you’re never alone, but you’re part of a bigger team. Thanks to my collegues who supported me: Damiano Mariotti who cured the details and Massimo Santi who followed the groom.

For the post-production, we let Serena do the magic.

The bride’s dress is by Carpeggiani Atelier in Sarzana.