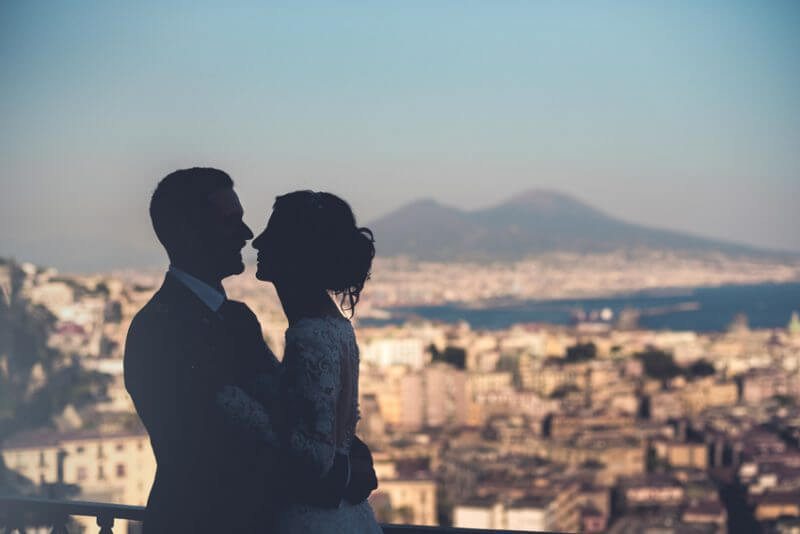 Posted at 12:15h in Weddings by admin

A wedding in Naples is always a big challenge, especially for who like us is not used to a different wedding style.

To saying it with song lyrics:

(a wedding in Naples, you can’t understand is if you’re from Milan)

Naples, the city of weddings,

Naples, the city where the nowdays wedding photography was born, with the Mater Oreste Pipolo,

Naples, city of thousand of photographs,

Naples, the city where I got married,

Naples, the city where we started this wedding season.

When the Spring comes out and our cameras get up again, we have a bit of emotion, a bit of insecurity I felt in my first weddings. Then, little by little, when you start to take pictures again frequently, the tension fades away and only the creativity stays. The movements we did lot of times come back, and also the capacity to be with your own team. Everything becomes harmonised.

At Collephoto, we like to prepare the season like the teams that compete in the championship: during the pause, we test new things and try new ideas. This years – who follows us already knows it – we introduced the drone service. This was the first wedding in which this kind of shot was used. To fly ur SAPR was Fabrizio Pacini from FlyCiak, a company specialized in this kind of operations.

Accepting a wedding in Naples is surely an exciting challenge, the first of a serie of services in Europe and in the USA – I’m going to tell you abut these other services in the next posts.

But let’s talk about our couple, Simona and Marco.

Marco is an Army Officer and Simona is a famous make-up artist and one of the most followed youtuber in Naples.

Simona is used to be in front of the cameras, especially hers; and she didn’t give up on her cameras neither in her most important day. During the preparation of the bride, indeed, we found out tht we were filmed. You can find the video on her YouTube channel, in which we use some little secrets that usually we don’t like to reveal.

The ceremony took place in one of the most important churches of Naples: the Nola Dome.

Then, we moved in the County town for the photographic service.

The narrate Naples and taking pictures to our couple, we decided to choose one of the most known places of the city, Piazza del Plebiscito.

But then, we dared and we moved away from these usual places and we looked for a more real Naples, a beautiful Naples, but not so known: the alleys.

Not so far from Piazza del Plebiscito, indeed, there are the Spanish Quarters. There are alleys where you can feel the popular Naples, full of heart, the Naples that adores Maradona’s hair.

Too tight streets for two cars, but the people’s alleys has a spontaneity and a generosity that are incredible.

The reception started in an amazing terrace from which you can see all the Naples gulf, with the Vesuvio.

But let’s turn the floor over the images, both in photos and videos.

Make-up: do I have to say it? Simona!