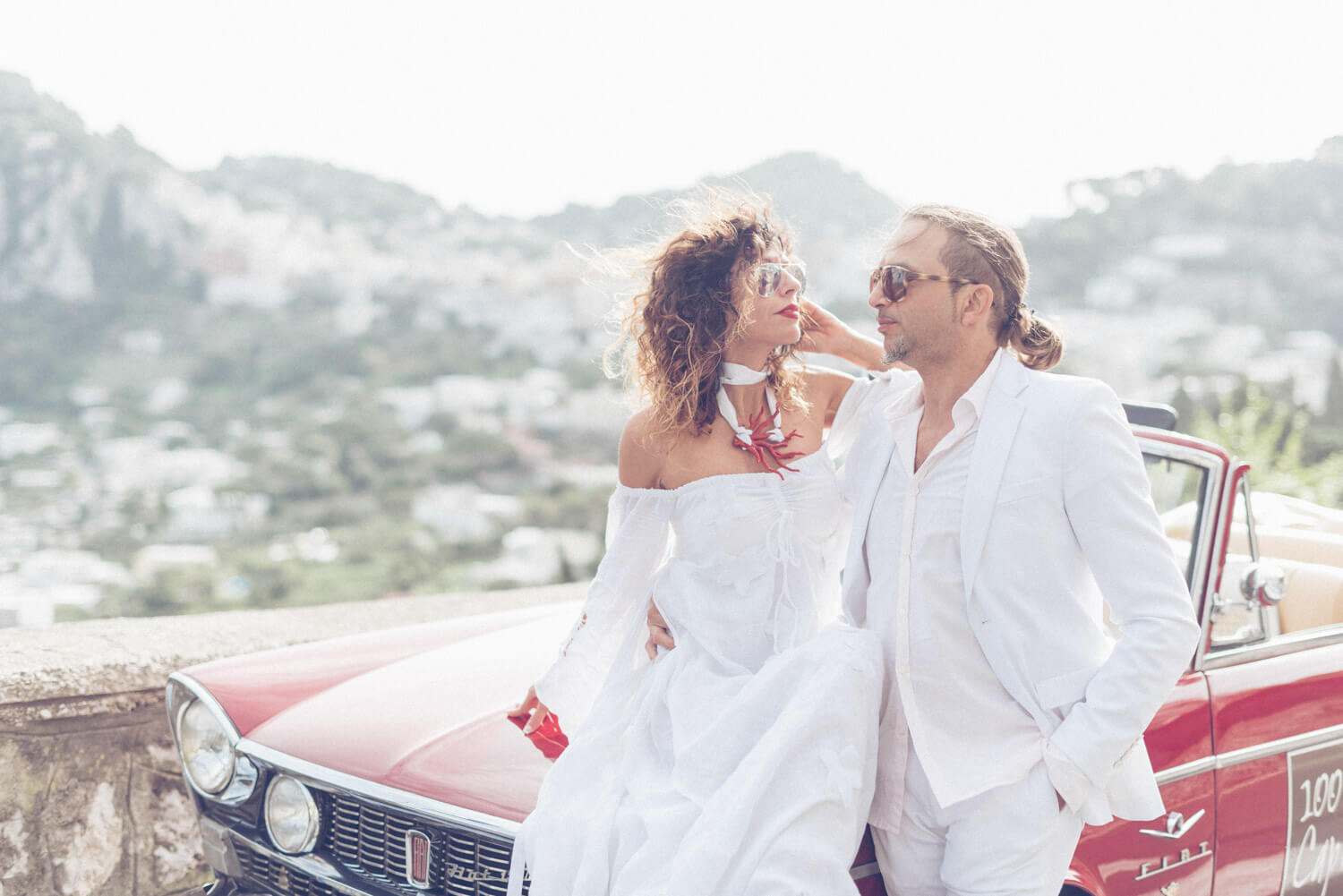 Posted at 15:57h in Weddings by admin

When I thought about this service, I seriously had doubts about thinking it too big.

The bride and the groom asked me what I had in my mind and I said: “So, the best would be a motorboad with a beautiful wood hull…”

Telling these kind of thing to Sabrina, it’s like putting nitroglycerine on fire: she called me “I found a Riva.”

But, as I told you several times, the wedding photographer has to be an expert in problem solving, because the destiny is always lurking: going out from the Capri harbour, behind us the colourful houses, the slipstreams of the motorboard, everything like a 1960’s movie while Sabrina and Francesco seemed to be real Hollywood celebrities. Here’s the destiny.

It took the shape of the motor and got in full force a wave which washed both bride and groom.
So, these are the moments in which you’d like to let everything go, but you’ve to react and imagine a new scenary.
Fortunately they had some other dresses and we achieved to illustrate the Capri cliffs – even if, on our way back, a second weave washed us again.

For the second set, we deceided to stay dry (we had quite enough about the water) and we got a red taxi, a classical masterpiece in Capri. This car has an extraordinarry history, it’s a model thought for carrying the Presidente della Repubblica and there are only two models: one of them is the one we used, the other is property of the Agnelli Family.
It’s a care made on the shape of a Fiat 1500 “President”, made by Francis Lombardi and descends from the famous sedan 1500/1800/2100 of the early 1960’s. It’s known for being used in a lot of movie set in Capri. Its brilliant red created the perfect atmosphere and contrast with the white dresses of my subjects.

For this service, I searched for a more fashionable style, I left on a side the reportage and looked for a point of view closer to the lifestyle.

A special thanks to my two patrons who helped me creating images, Sabri and Fra.