Backstage of the Photography Service in Portovenere | Collephoto Studio 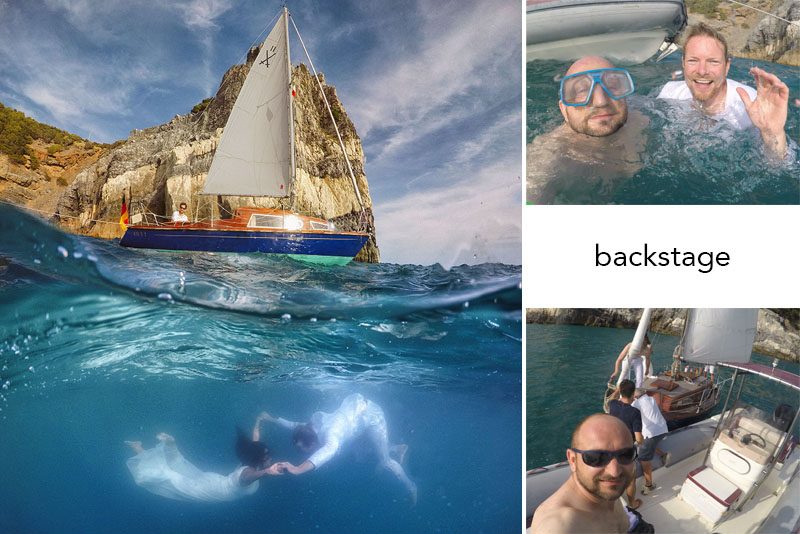 29 Aug Backstage of the Photography Service in Portovenere

Posted at 10:41h in News by Alessandro 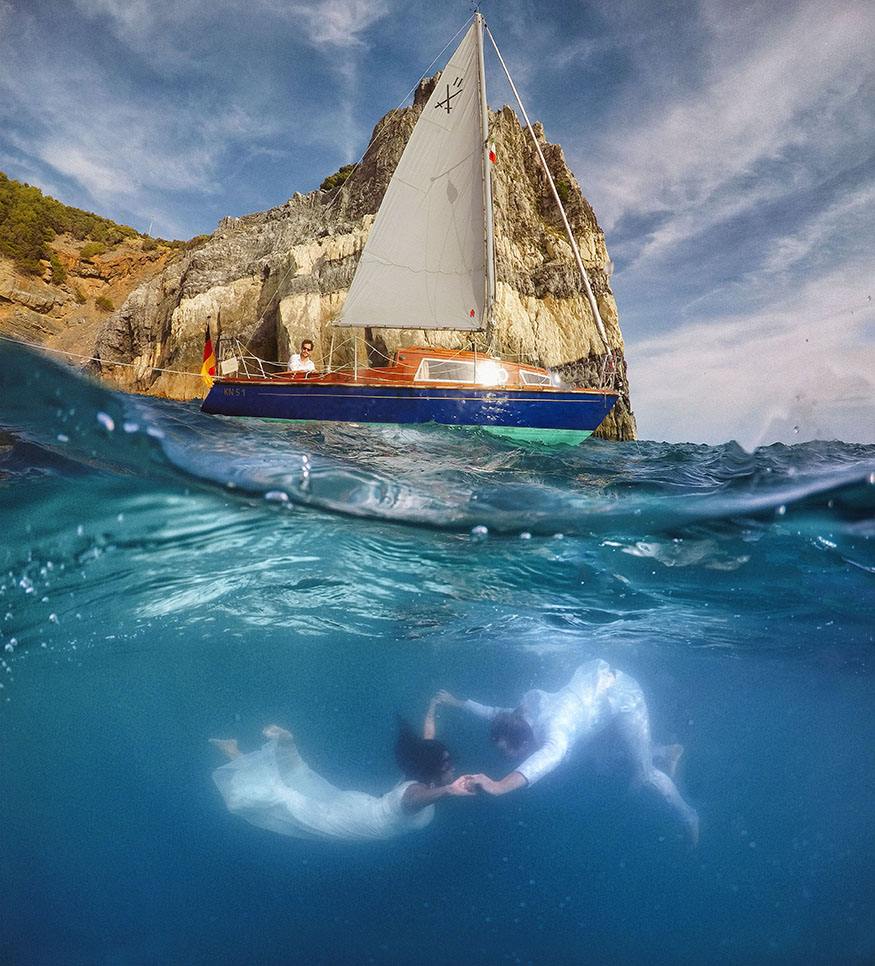 Usually, someone asks me about how I did a service or a photos. I decided to realize on my blog a serie of posts where I’m going to tell you the behind the scenes of my most curious photos.

It’s a way to give some information to who’s starting to deal with photography and a way to narrate what you can’t see from the photo. If one of my pictures particularly move you, don’t esitate to ask me how I took it.

The first picture I’m going to tell you about is the one I took between Portovenere and Palmaria. A photography backstage in Portovenere.

This picture was in my mind for long time, I was always fascinated by the photos where you can see up and down the water. Usually, to take this kind of pictures, we use traditional cameras inside plastic shells.

Sadly, this kind of things cost a lot of money and it’s senseless to buy if and use it just twice a year.

So, I thought to rent it, but I didn’t find anyone in this area, so I decided to use a very common object: a GoPro.

The camera I use: GoPro Hero 5 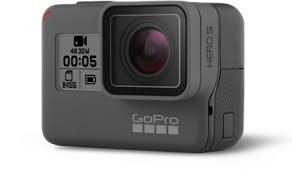 Particularly, I used a GoPro Hero 5 Black Edition, which usually follows me during my holidays. The GoPro camera is a simple and intuitive camera with a big potential, even if lot of people still see it as a toy.

The GoPro Hero 5 is perfectly ready to go underwater, but if you want to see both the sky and the water in your photo, you need a dome. It’s a plastic sphere which creates an air room between the lens and the water. You can find it for a very good price on Amazon and they are perfect to take pictures in the sea and play with your GoPro. Sadly, I had a very high object outisde the water and I had to modify one of it.

To do it, I used a plastic semi-sphere took from an old lamp in my garden and I fixed it on the dome in a very handmade way: silicone and scotch. 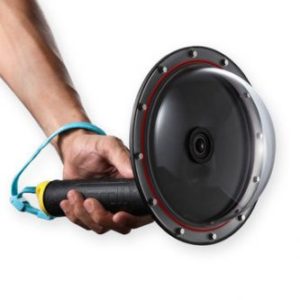 Location: Portovenere – Palamaria
In a camera such as the GoPro, you can’t set lot of things, so it’s important to use the best light conditions you can have: with the sun on your back and possibily not so strong. We go in the water of the Palmaria at 5pm.
Non tutto va come si vorrebbe

When you see a good picture, you think that everything was really easy to do, but usually it’s not so easy. As soon as we went in the water, we had the problem of a strong flow which made the ship wave.This was one of those moments when you thought that your idea would be still the same and the picture would be postponed to another occasion.But the expert eye of the sailor that drove the rubber boat solved the problem with a brilliant trick: he kept the boat in tension, tied it to the rubber boat, so this blocked the boat. 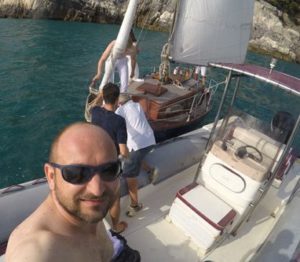 Everything was ready for the dive

A long time ago, I did agonistic swimming and for lot of years I had a passion for apnoea fishing, so I’m not scared of diving. But suddenly, when I fell off the rubber boat I saw something it was not going like we thought. Under the couple, there was a big herd of jellyfishes.
Fortunately, the flow took them away in a few minutes.

Suggestions to throw brides in the water

The wedding dress can become very heavy and avoid the bride to swim.

Always do it in security conditions:

For this photo, we dove in a 20 meters water and for this reason the dress you can see in the photo is not the bridal dress but one lighter dress which permitted the bride to swim.

In the sea, Neptune denies us the final result

After the jellyfishes, I finally get the eye on the camera and I started to take pictures. The first ones were disappointing, the rough sea didn’t permit to have both the elements, the sea and the sky.

In this case, your mind couldn’t work well: you built the scene, got two boats to take pictures, you put all the effort, the result is so close but you can’t afford it.

In this case, there are two possible moods: the first one is to let the sea win and give up, the second one is to use all of your strenghts and take the picture you’ve in your mind.

While these thoughts were in my mind I noticed that the boats traffic was lower because of the flight of a military helicopter (thanks Shark).

It was just a moment in which the waves were smaller, a moment later they would have been big again. But, as the Latins said “Fortuna audaces iuvat” (the Luck helps the brave), I cleaned the sphere and asked to the couple to do one last dive. I used the multiple shots on the GoPro (which generates jpeg files and no more raw) and I tried it.

I swam to the best point of view, this time thare were no jellyfishes, the couple went under the waves and my finger press the button.

I opened my eyes – usually I close them while I’m taking a photo. I looked at the display and saw the shots: the photo was there as I dreamt of it.

Almost magical, because there is always something magical in the most beautiful photos.