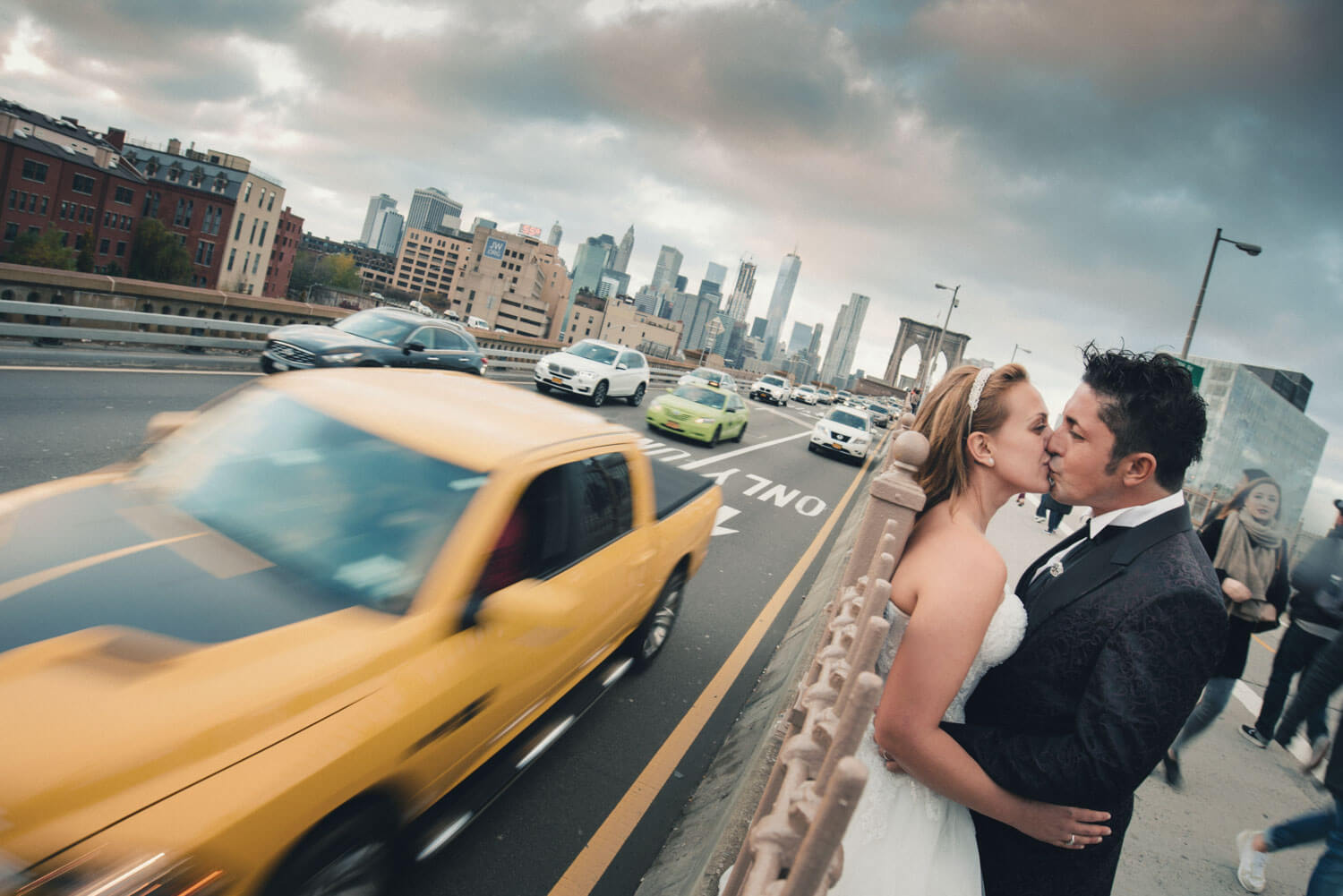 Posted at 17:03h in Weddings by admin

New York is the most famous city in the world, I took several pictures of it and some of my shots ended up on important pubblications, but I had never have the honour and the pleasure to portray a married couple around the Big Apple.

Gaia and Gabriele chose to be portrayed in the Big Apple for adding something particular to their wedding service. This kind of photography, really trendy in the US and Asia, is called Post Wedding.

For this serie of photos we chose a romantic atmosphere in Central Park, in the heart of Manhattan, during the Indian Summer, the hottest time of the newyorker Autumn.

I think that, to describe the Big Apple, knowing its colours is essential, especially the red of the maples is a symbol for this extraordinary city.

The tour went on in the Downtown, on the most famous bridge: the Brooklyn Bridge.

The most incredible thing of this service was watching in which way the city changed when the bride passed through. Don’t talk about we finished on the TV: I just thought that put the bride in a Zumba exhibition was a nice idea (the host let Gaia get on the stage).

Everywhere we went, the people stop and stare at the bride and told her their best wishes, a woman even payed a boy for singing in honour of the bride in the underground.

Once, NYC was not the city where you can go dressed like you want, but it was a city with a big heart and lot of positive emotions.