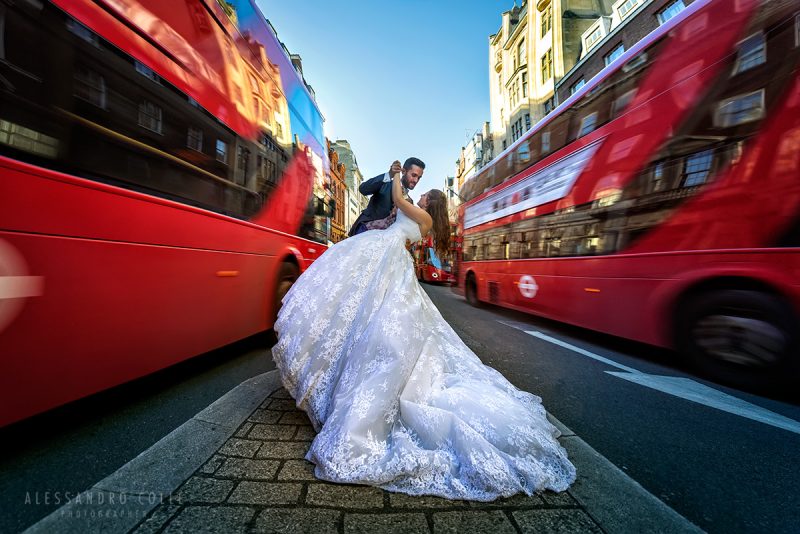 Posted at 16:38h in Weddings by admin

London was, for me, a tea box.
When I was a child, the only image I had of the UK capital was representation of the Parliament on a metal box where my mother put the tea. A far away city, which you can reach only with the plane and the passport; therefore, a demanding travel for the ’80s.
I saw it for the first time at the beginning of the ’90s during a school trip, but it didn’t impress me: I imagined a dark and Victorian atmosphere like in Sir Arthur Conan Doyle books, but I found lot of sun and I was disappointed. I didn’t think that, 20 years later, my professiona life would changed exactly on the Westiminster bridge.
I was with some photography enthusiastic friends and I wanted to realize a picture with a moved bus in front of the Parliament. I took a serie of photos but at that moment I didn’t like them.
Some time later, selecting some images saved on the hard disk, I noticed one of them in particular. Still, I didn’t know that the picture would become one of the most sold photos of London; from that moment in a few time, I would decided to dedicate myself seriously into photography. It was exatcly that picture and the fact that it was bought by lot of agencies that convinced me I could realize something good with a camera.
Since then, some time has passed and I come back to London lot of times for work, but everytime I think that this city was my turning point.

In occasion of my latest visit, I narrate Susanna and Gabriele post-wedding. I created a well-known London, with touristic places which everyone has seen and can related with.
I imagined their story as if they are two normal tourists, who have inside of them a unique sensation: being just married, lost each other.